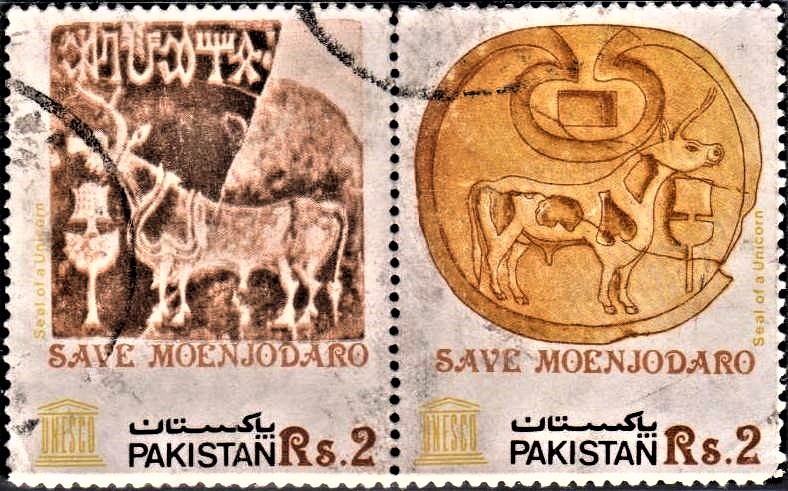 Issued for : Now, Pakistan Post Office is issuing, on December 31, 1984, two special postage stamps of the denomination of Rs. 2/- each on Moenjodaro, in the World Heritage Monument series, as a part of “Save Moenjodaro” Campaign.