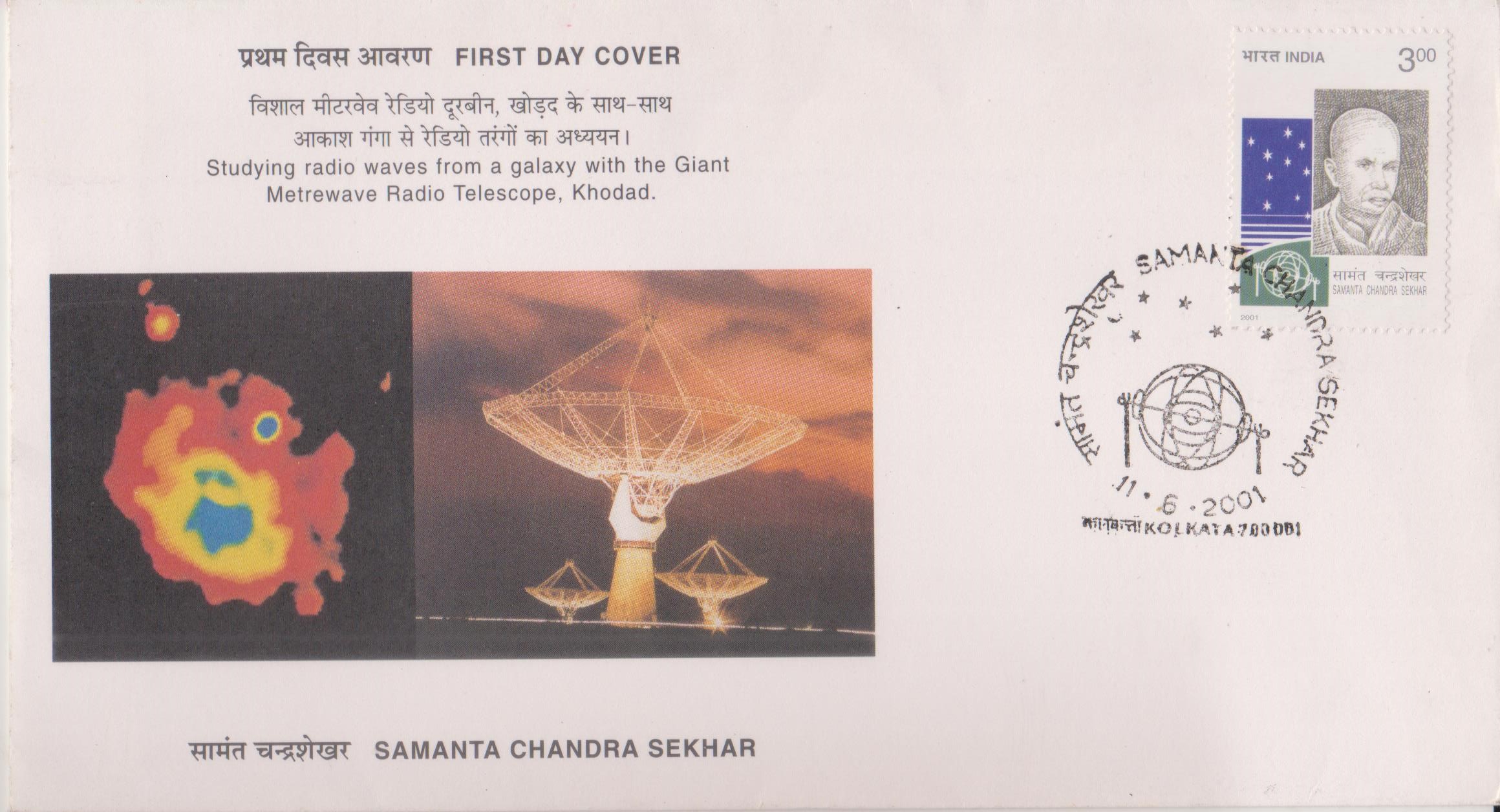 Issued for : The Department of Posts is happy to issue a postage stamp in honour of this genius who revived traditional Indian Astronomy.

Design : The stamp design includes Gola Yantra, an instrument used by Chandra Sekhar for measuring planetary positions. The First Day Cover portrays the Giant Metrewave Radio Telescope (GMRT), located at Khodad near Pune. This state of the art radio telescope, the largest in the world, represents the coming of age of modern Indian Astronomy, the foundation for which was laid by the ancient naked eye astronomers.

Samanta Chandra Sekhar epitomised the greatness of traditional Indian astronomy which attempted with considerable success, to unravel the mysteries of the heavenly bodies through observations with the naked eye. The giant metrewave radio telescope, Khodad, which is a modern, state of the art, aperture synthesis radio telescope represents the other end of the continuum of Indian astronomy.