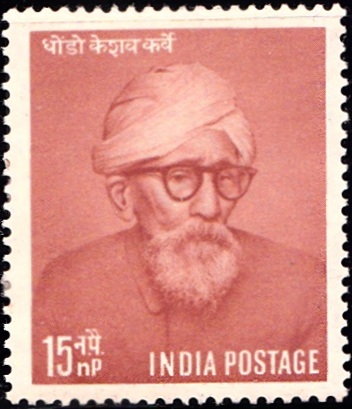 Issued for : The 100th Birth Anniversary of Maharishi Karve, educator and pioneer of women’s education. The stamp was issued during his lifetime.