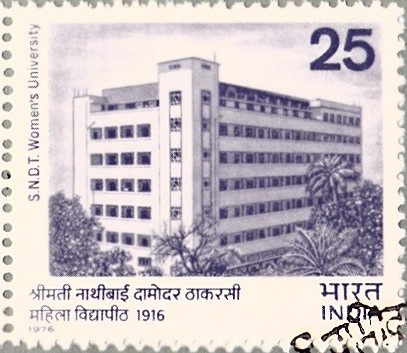 Issued for : The Posts and Telegraphs Department feels privileged to bring out a special postage stamp to mark the Diamond Jubilee of this pioneer institution.

Description of Design : The design of the stamp depicts the building of S.N.D.T. Women’s University.