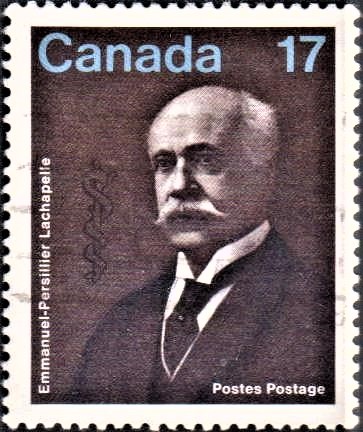 Design : The portrait of Dr. Emmanuel-Persillier Lachapelle on this commemorative stamp was taken from a painting that hangs in the Salon des Gouverneurs of the Notre-Dame Hospital. Printed in a rich duotone, the stamp was designed by Jean Morin Designers Limited, Montreal.