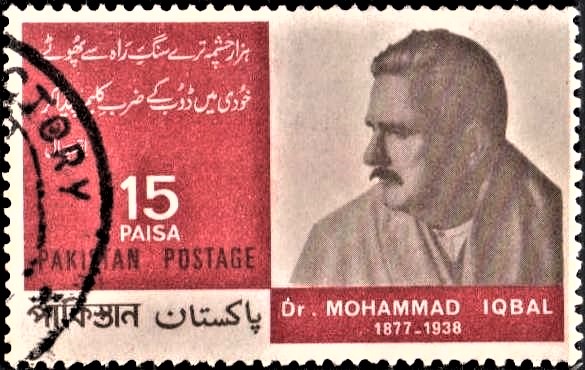 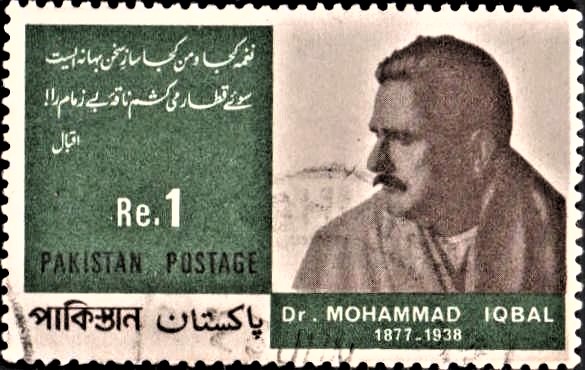 Issued for : To observe the death anniversary of Dr. Mohammad Iqbal, the great philosopher-poet and political thinker of the Indo-Pakistan Continent, the Pakistan Post Office is issuing a set of two stamps of 15 Paisa and Re. 1/- denominations on the 21st April, 1967.

Perfecting thy ego, the striking
Power of Moses would thou attain;
On thy path beset with stones
A thousand springs would gush in train.

This verse is printed reverse from the red panel; below this verse the value ’15 Paisa’ is also shown in reverse lettering.

The left hand square of the Re. 1/- stamp contains a verse in Persian from the poet’s book “

Far from singing melodies am I
Mere pretence is this lay of mine;
Back to the straight path I guide,
The unbridled folk gone awry.

This verse is printed in reverse from the green panel; below this verse the value Re. 1/- is also shown in reverse lettering.