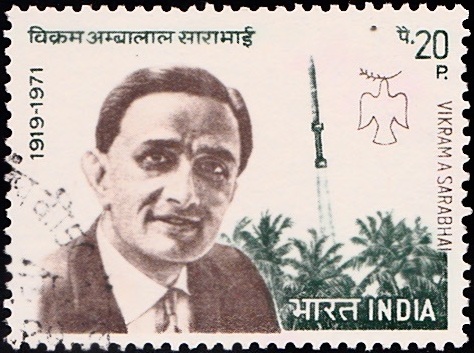 Issued for : The P & T department considers it their privilege to bring out a commemorative stamp on the occasion of the first death anniversary of this beloved son of India.

The stamp depicts his portrait set against a background of a Rohini Rocket in action after being launched from the Thumba Equatorial Rocket Launching Station near Trivandrum.

Description of Design : The design of the stamp is horizontal and depicts the portrait of Dr. Vikram Sarabhai. Near the portrait a Rohini Rocket is seen in action after being launched from the Thumba Equatorial Rocket Launching Station near Trivandrum and at the right hand side. a “Peace Dove” is shown.

One thought on “Dr. Vikram A Sarabhai”