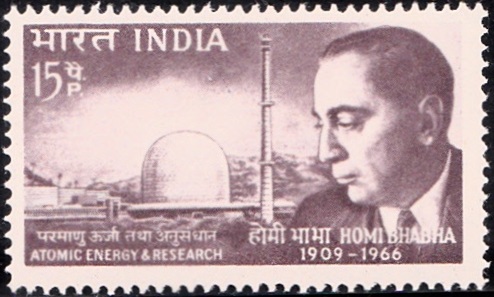 Issued for : Prime architect of India‘s atomic and space research programme, Dr. Homi Jehangir Bhabha, passed away on 24th January 1966 in a tragic accident. The Posts and Telegraphs Department feels privileged in bringing out a special postage stamp in his memory on August 4, 1966, the anniversary of the day on which the atomic reactor Apsara went ‘critical’.