A Souvenir Sheet consisting of 1 no. of postage stamp on the Philately Day 2012 : 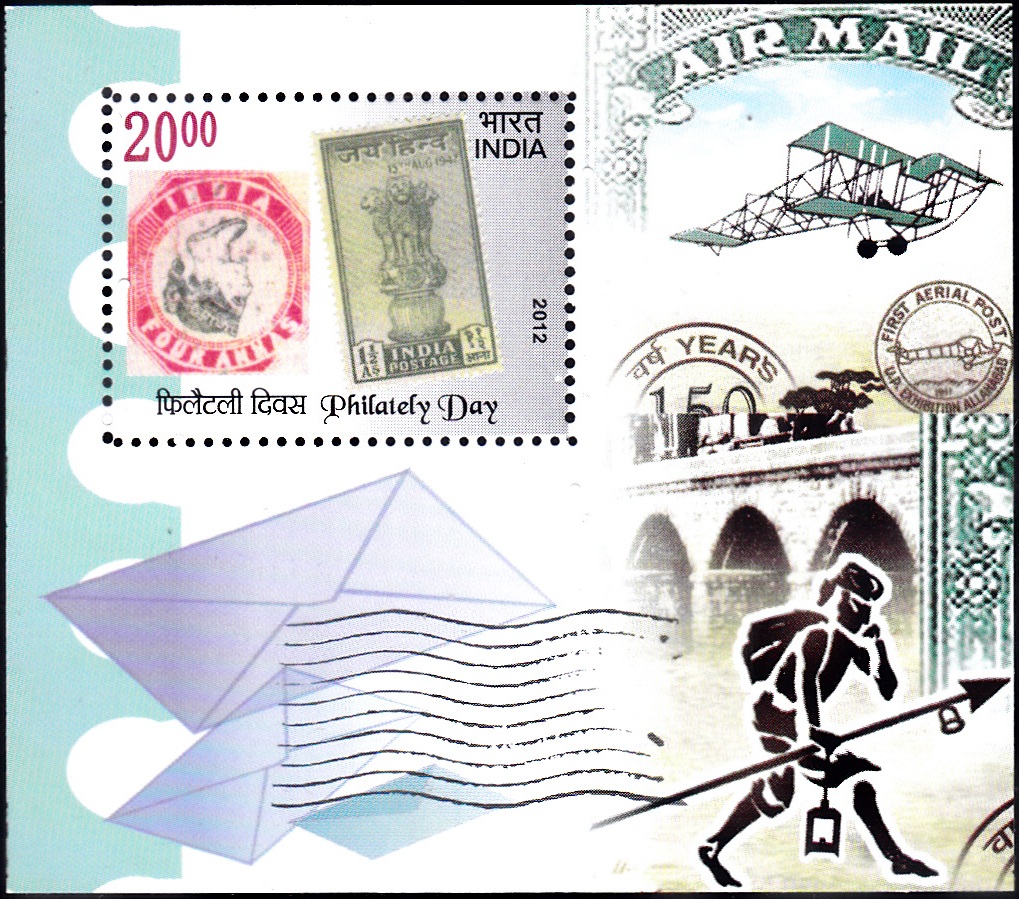 Issued for : Department of Posts is happy to commemorate ‘Philately’, the king of hobbies by issuing a Souvenir Sheet.

Design : Department of Posts is issuing a Souvenir Sheet to commemorate philately, and mark the celebration of Philately Day by India Post. This souvenir sheet depicts the evolution of Indian postal system from ‘Dak Harkara’ to ‘Air Mail’ and show-cases two iconic postage stamps issued in pre and post-independence era. The first stamp ‘The Inverted Head Four Annas’ was issued in 1854. It was one of the world’s first multicolored stamps. The second stamp depicted in the Souvenir Sheet is one among the three stamps of Jai Hind series issued after independence. This stamp was issued in 1947 and depicts the national emblem of India.