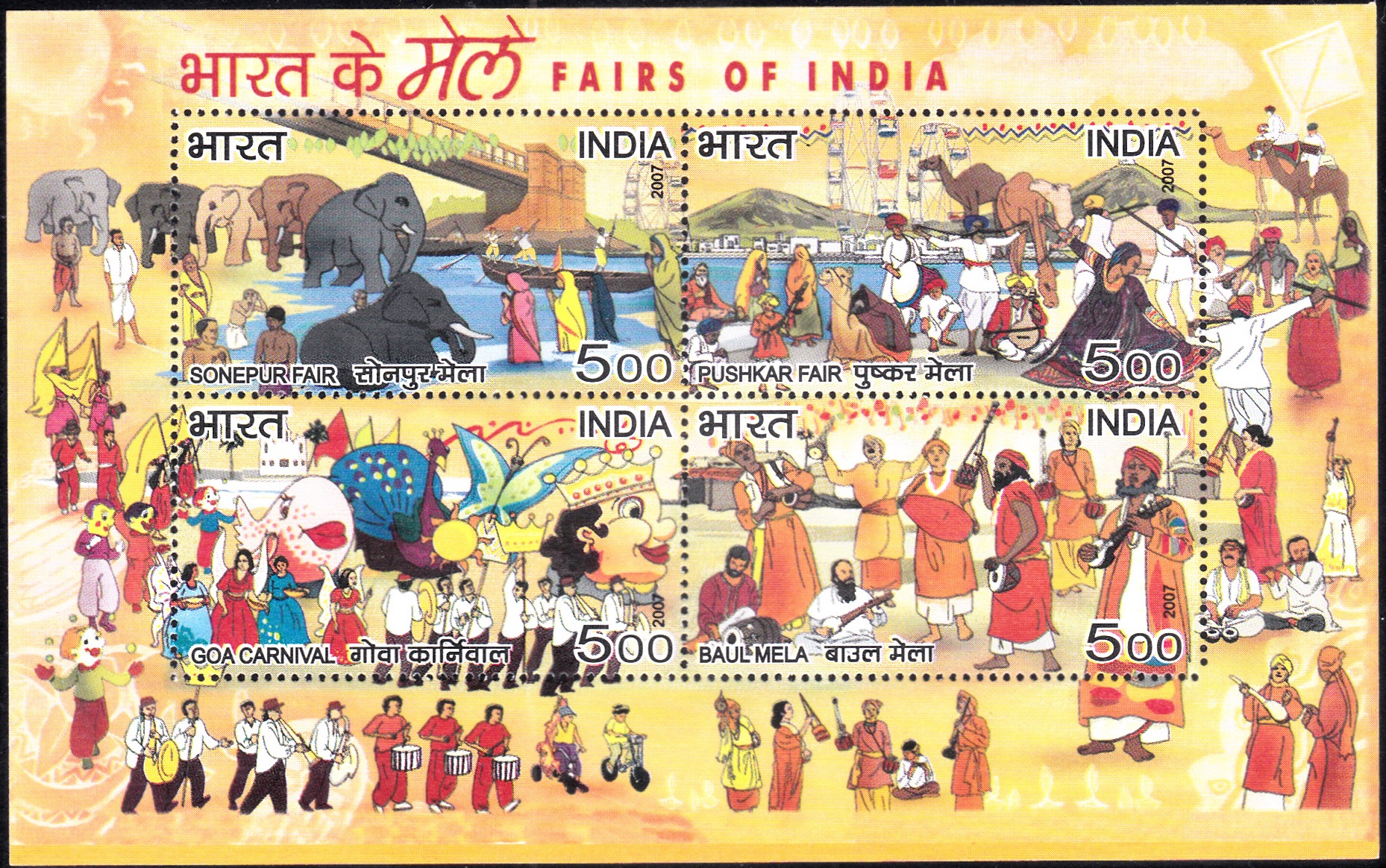 Issued for : In bringing out a set of four commemorative stamps on the “Fairs of India” the Department of Posts celebrates the unique character of each, while also celebrating the rich variety of our country’s socio-cultural heritage.