A Miniature Sheet consisting of 4 nos of commemorative postage stamps on the Rampur Raja Kitab Khana, a repository of Indo-Islamic cultural heritage : 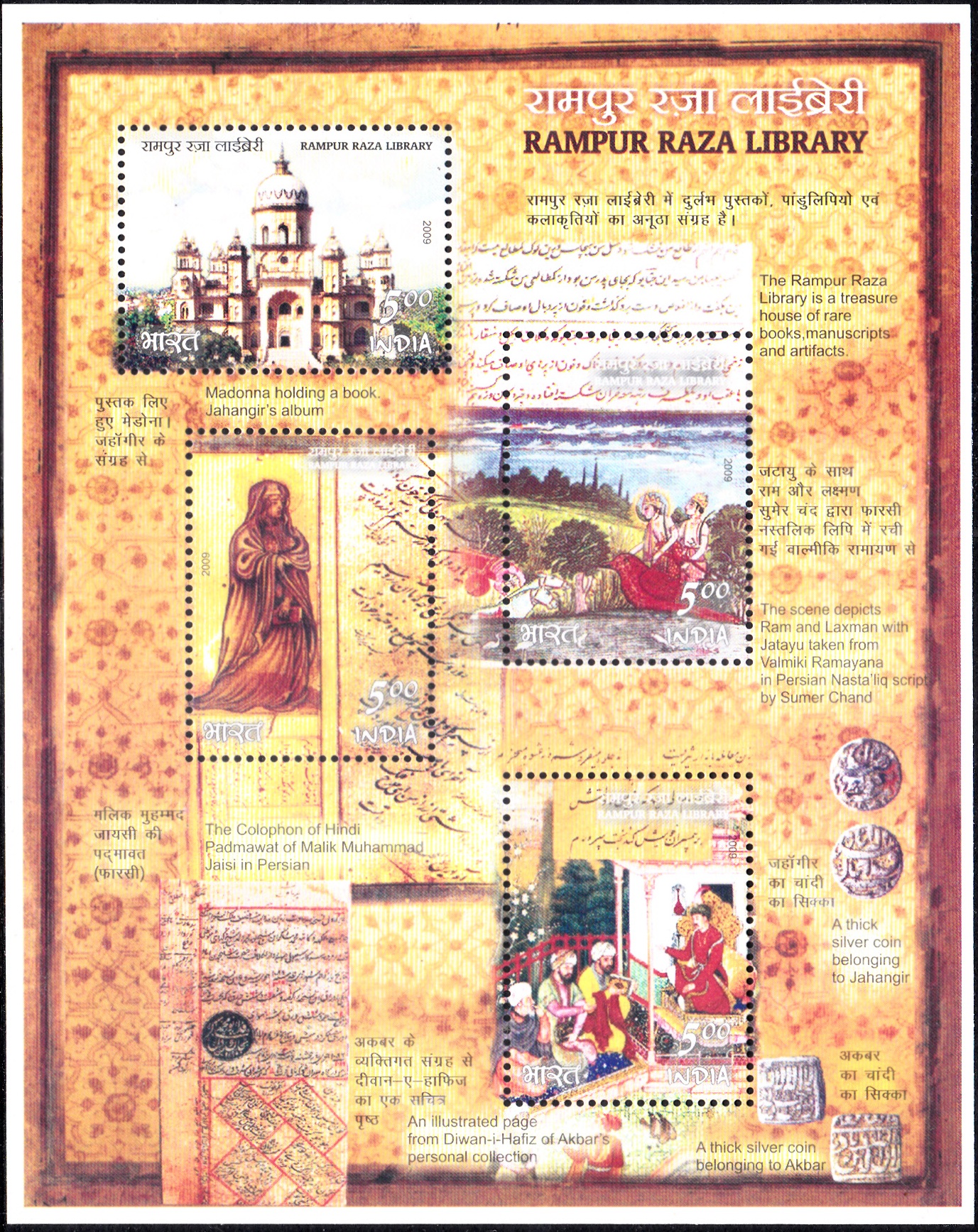 Issued for : The Department of Posts is happy to bring out a set of four commemorative postage stamps on Rampur Raza Library.

Type : Miniature Sheet with above four stamps with borders depicting some other collections in the library, Mint Condition