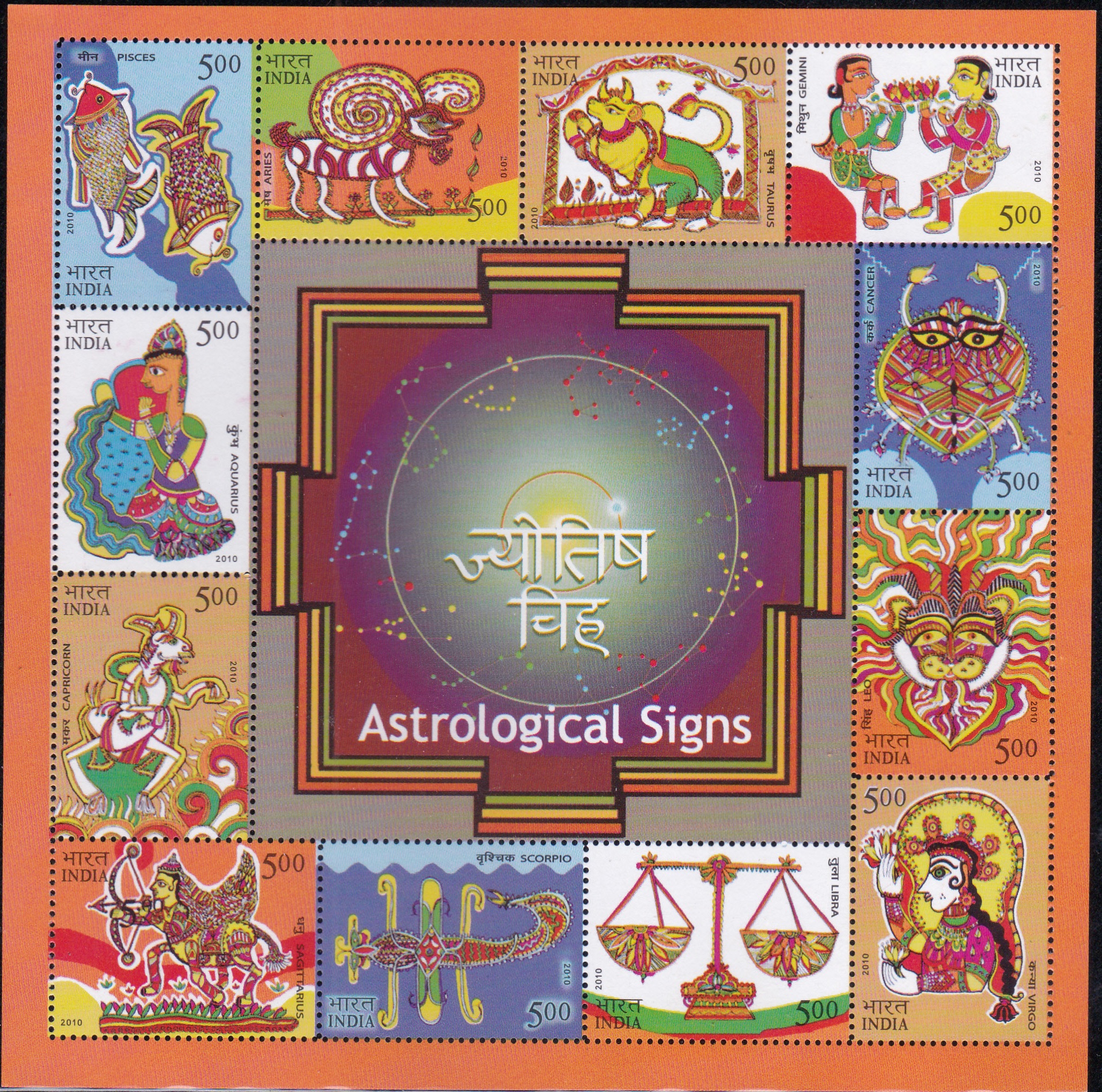 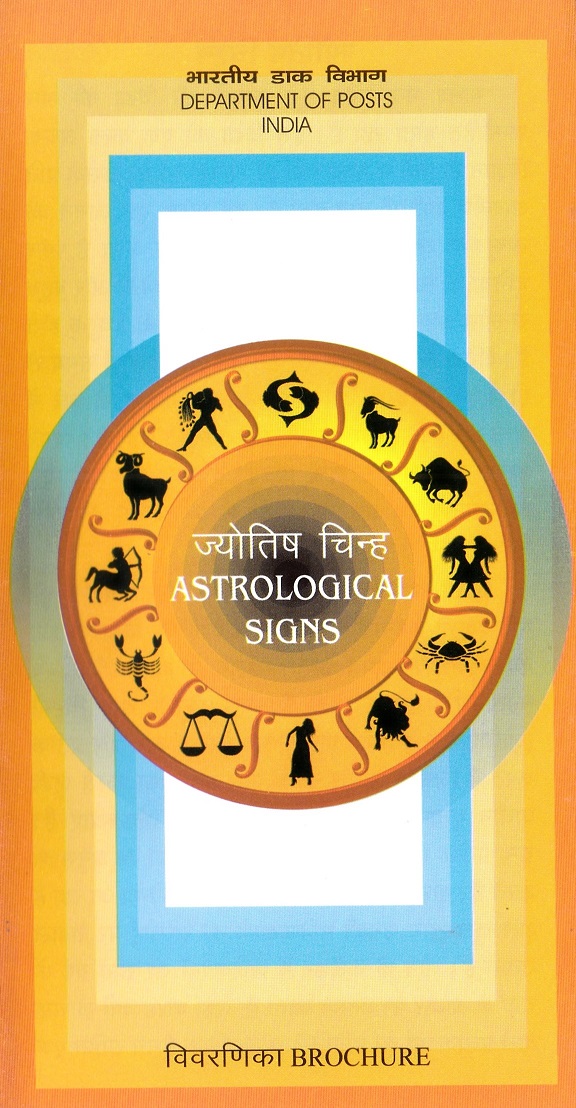 Issued for : Without any partisanship on the veracity or otherwise of astrology and the occult arts, the Department of Posts offers a set of stamps on zodiac astrological signs, along with a miniature sheet.

Design : The designs of the stamps are rooted in Indian folk art and depict the 12 zodiac signs – against four base colours which reflect the elements of earth, air, fire and water. The miniature sheet is based on the format of a horoscope, a different version of which is also reflected on the First Day Cover, each of the four reflecting a different element.

We hope this set delights collectors as well as the casual customers of stamps – as much as it has made the Department of Posts happy to present this Special Set.