A set of two commemorative postage stamps on the 25th Anniversary of the first ascent of Mount Everest : 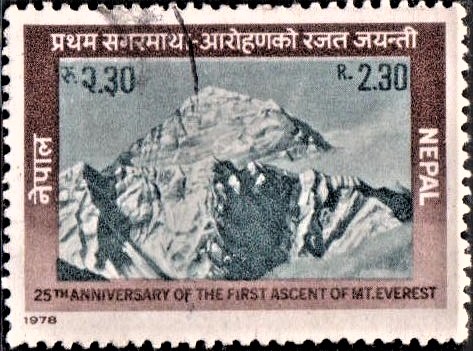 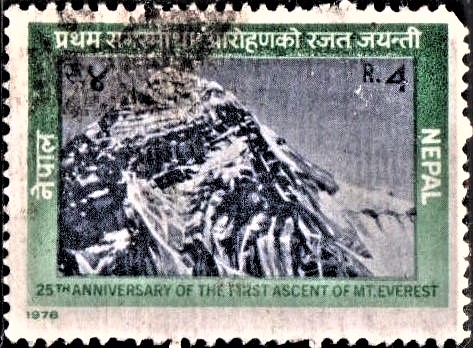 Issued for : A set of two commemorative stamps depicting different faces of Mt. Everest is being brought out today to mark the 25th anniversary of its first ascent made by Sir Edmund Hillary and Tenzing Norgay with a sense of reverence towards Lord of mountains.

Designer : K. Karmacharya (a) based on Photography by Dept. of Tourism

Colour :
a) Red brown and grey
b) Blue grey and Pea green