A commemorative postage stamp on the First Anniversary of the Successful Ascent of Mount Tukuche, located in Dhaulagiri Himalayas range: 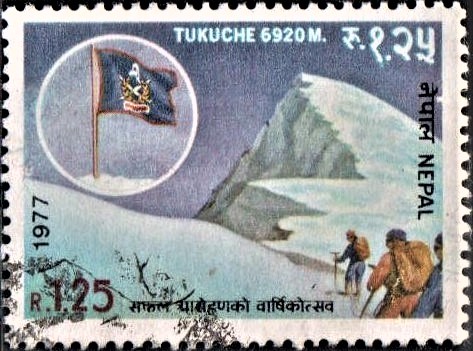