A commemorative postage stamp on the 2500th Anniversary of the founding of the Persian empire by Cyrus the Great : 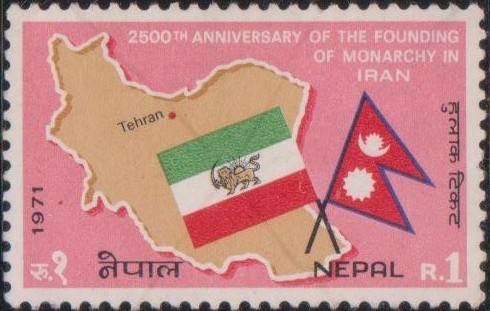 Design : Issued to commemorate the 2500th anniversary of the founding of monarchy in Iran by Cyrus the great, the stamp features the map of Iran and its standard bearing the lion and sun insignia crossed with Nepal‘s national flag.

One thought on “Nepal on Founding of Monarchy in Iran”