A commemorative postage stamp on the diamond jubilee of the Girl Scouts Movement : 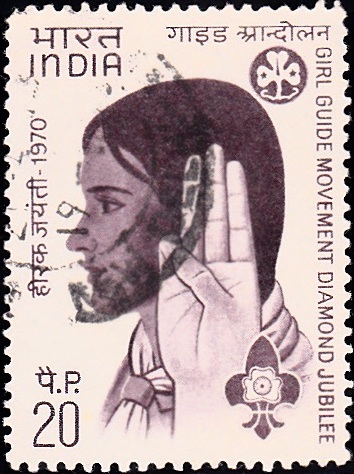 Design : The design of the stamp is vertical and depicts a Girl Guide salute against the back-ground of girl guide. On the right hand side the insignia of the World Association of Girl Guides is shown at the top and the emblem of the Bharat Scouts and Guides appears below.