A commemorative postage stamp on the Indian Ocean & Rajendra I, a Chola emperor of South India : 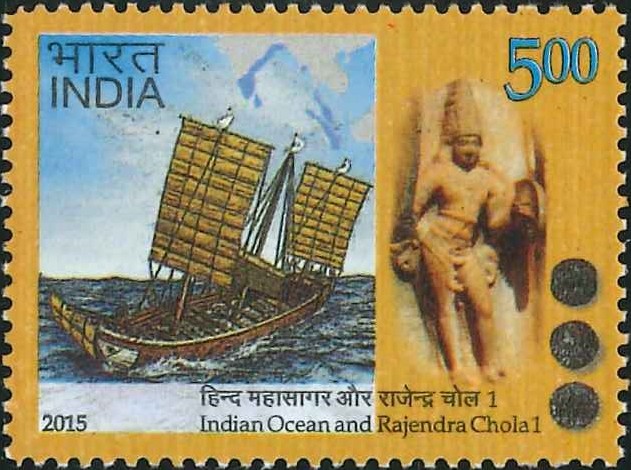 Issued for : Department of Posts is happy to issue a Commemorative Postage Stamp on Indian Ocean and Rajendra Chola l.