A commemorative postage stamp on the Centenary of the Board of Audit (Japan) : 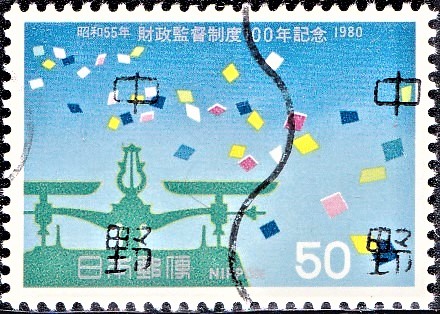 Design : Scale arranged with the snow of paper