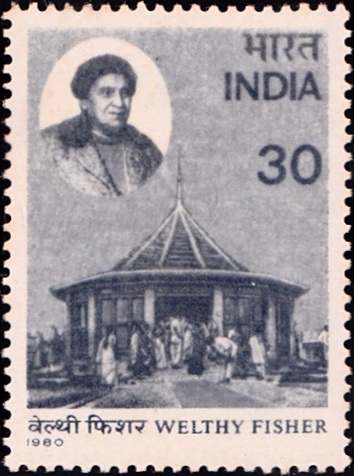 Issued for : The P & T Department is privileged to issue a special stamp to honour a devoted friend of India.

Description of Design : The design of the stamp depicts a view of the ‘Saksharta Niketan‘ (Literacy House) established by Welthy Fisher (inset) in Lucknow (India).

The first day cover shows the portrait of Welthy Fisher.

The design of the First Day Cancellation shows a book, quill and ink-pot symbolising adult literacy.