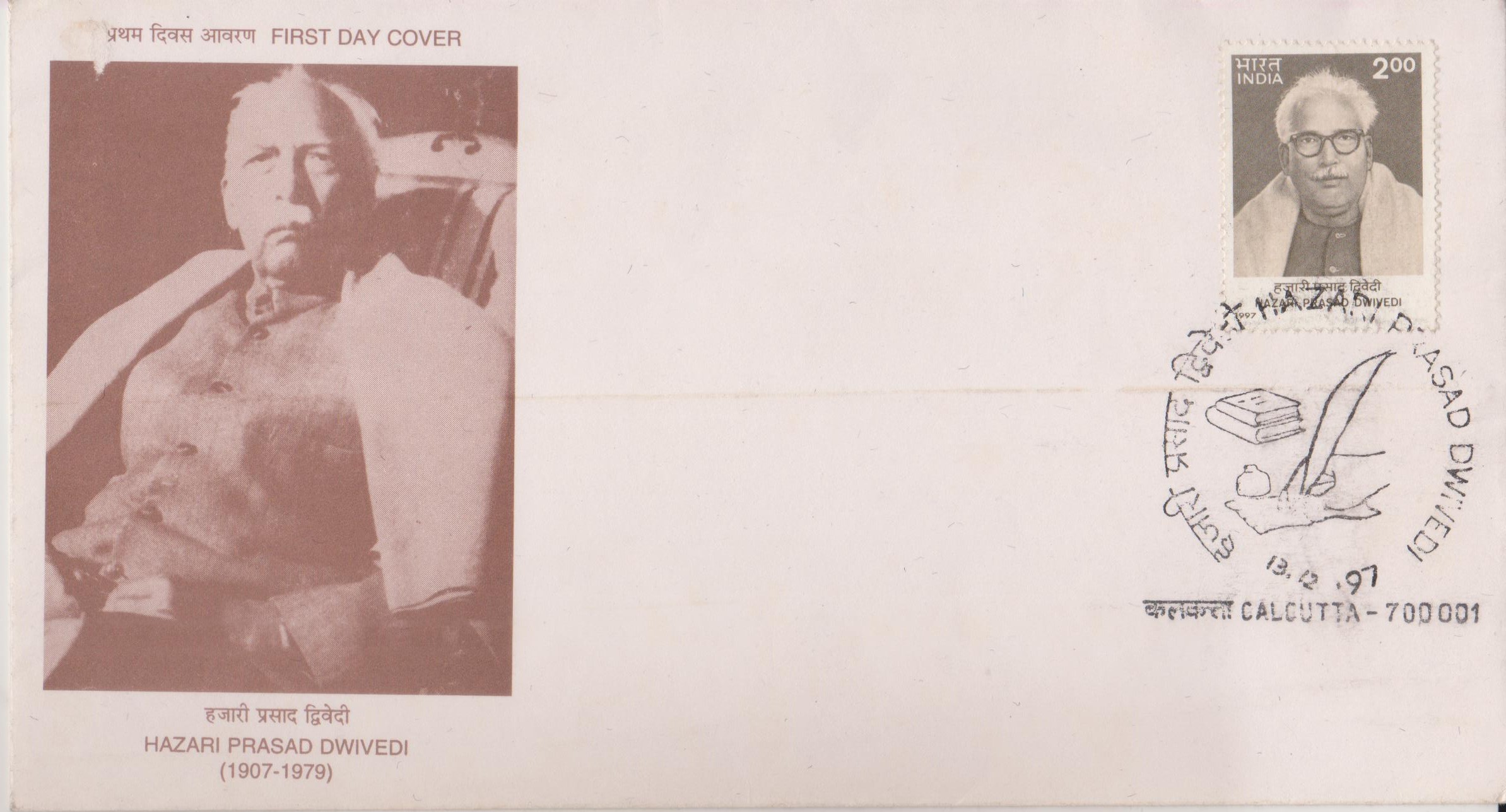 Issued for : The Department of Posts is pleased to release a special commemorative stamp on Shri Hazari Prasad Dwivedi on the occasion of his birth anniversary.