A commemorative postage stamp on the Centenary of the High Court of West Pakistan : 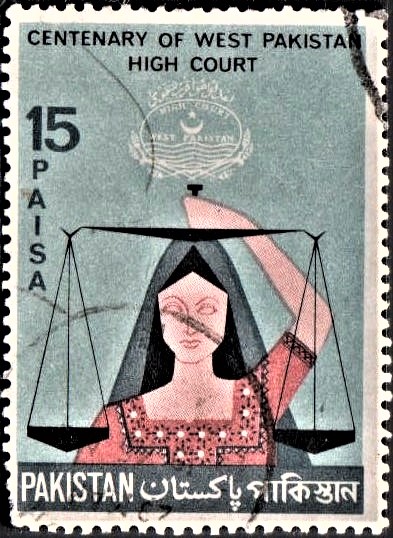 Design : The theme of the design is ‘Justice’ which is symbolized by a woman holding the ‘Scale of Justice’ in the left hand. The West Pakistan High Court insignia is shown in reverse, above the head of the woman, against a background of light blue. The word ‘Pakistan’ in English, Bengali and Urdu is shown in reverse in a dark blue panel at the bottom. The wording “Centenary of West Pakistan High Court” appears at the top in black. The denomination figure ‘15’ appears at the left hand side with ‘Paisa’ written vertically beneath it.