A Miniature Sheet consisting of 3 nos. of postage stamp on the Golden Jubilee (1953-2003) of Sangeet Natak Academy (SNA), The National Academy for Music, Dance and Drama : 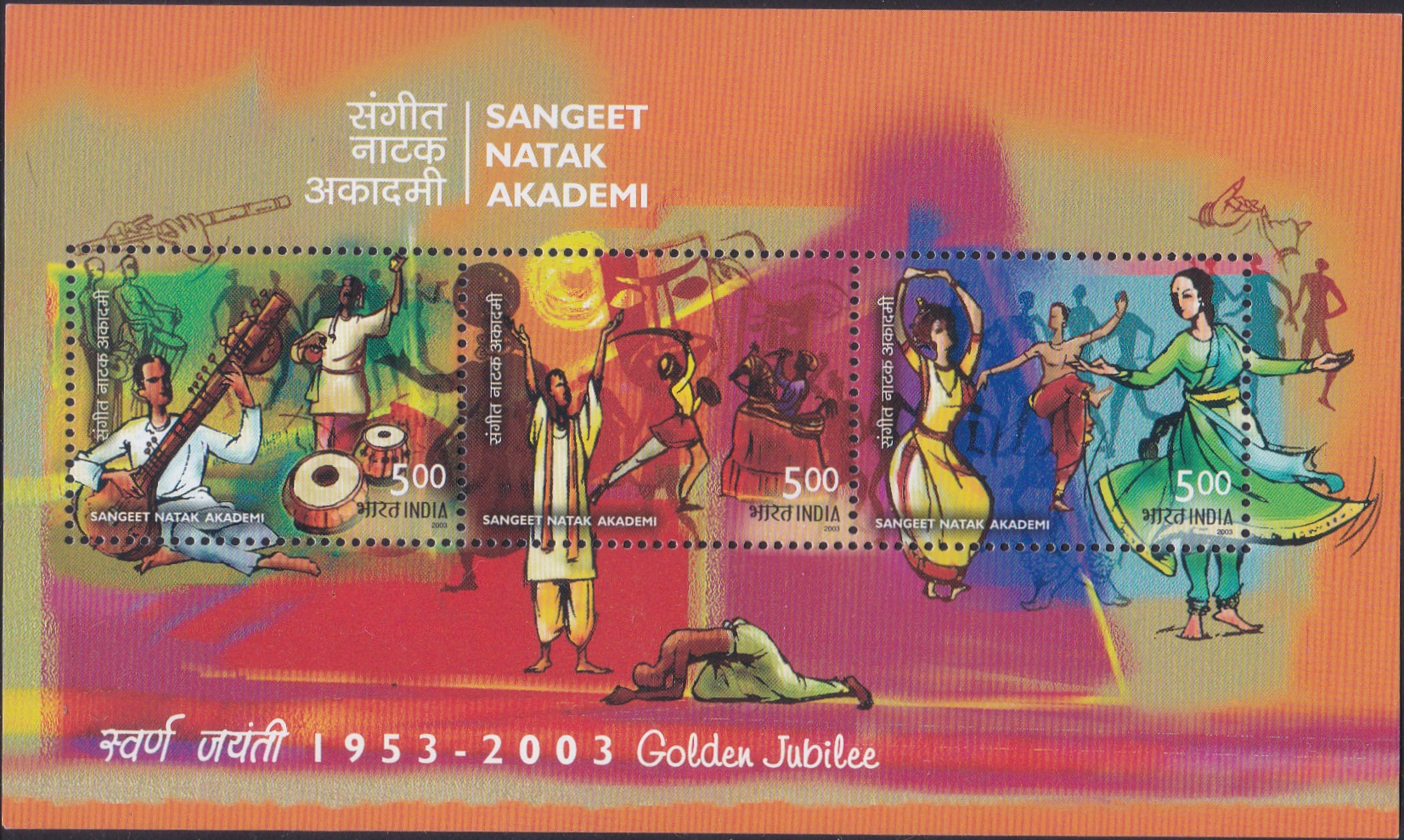 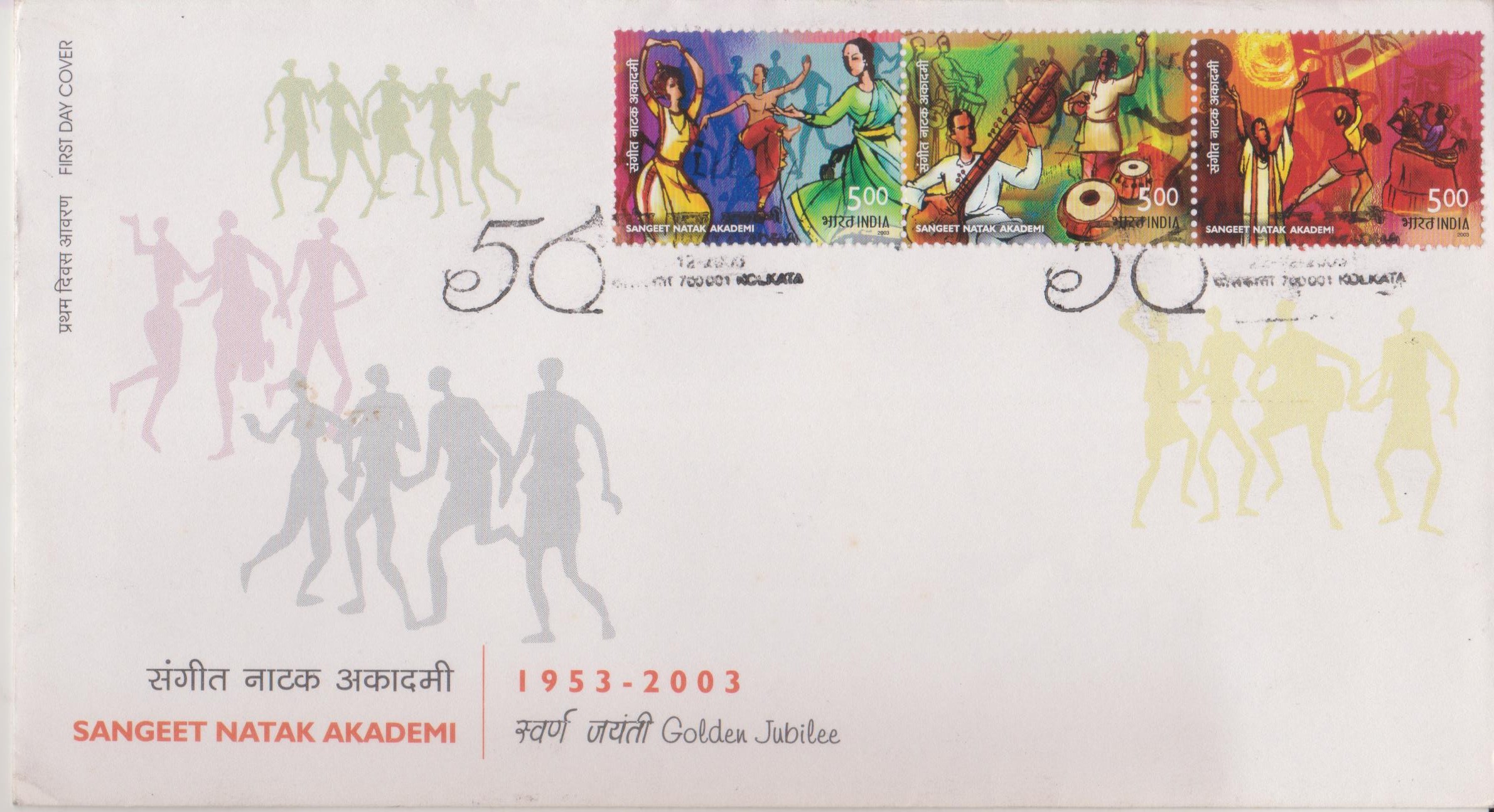 Issued for : The Akademi completed fifty eventful years of its existence in January this year. The Department of Posts celebrates its Golden Jubilee with the release of this set of three commemorative postage stamps and a miniature sheet which capture the vibrant spirit of the performing arts they portray.