Complete Set of 4 nos of commemorative postage stamps on the Centenary of the South Eastern Railway (SER) zone (1887-1987) : 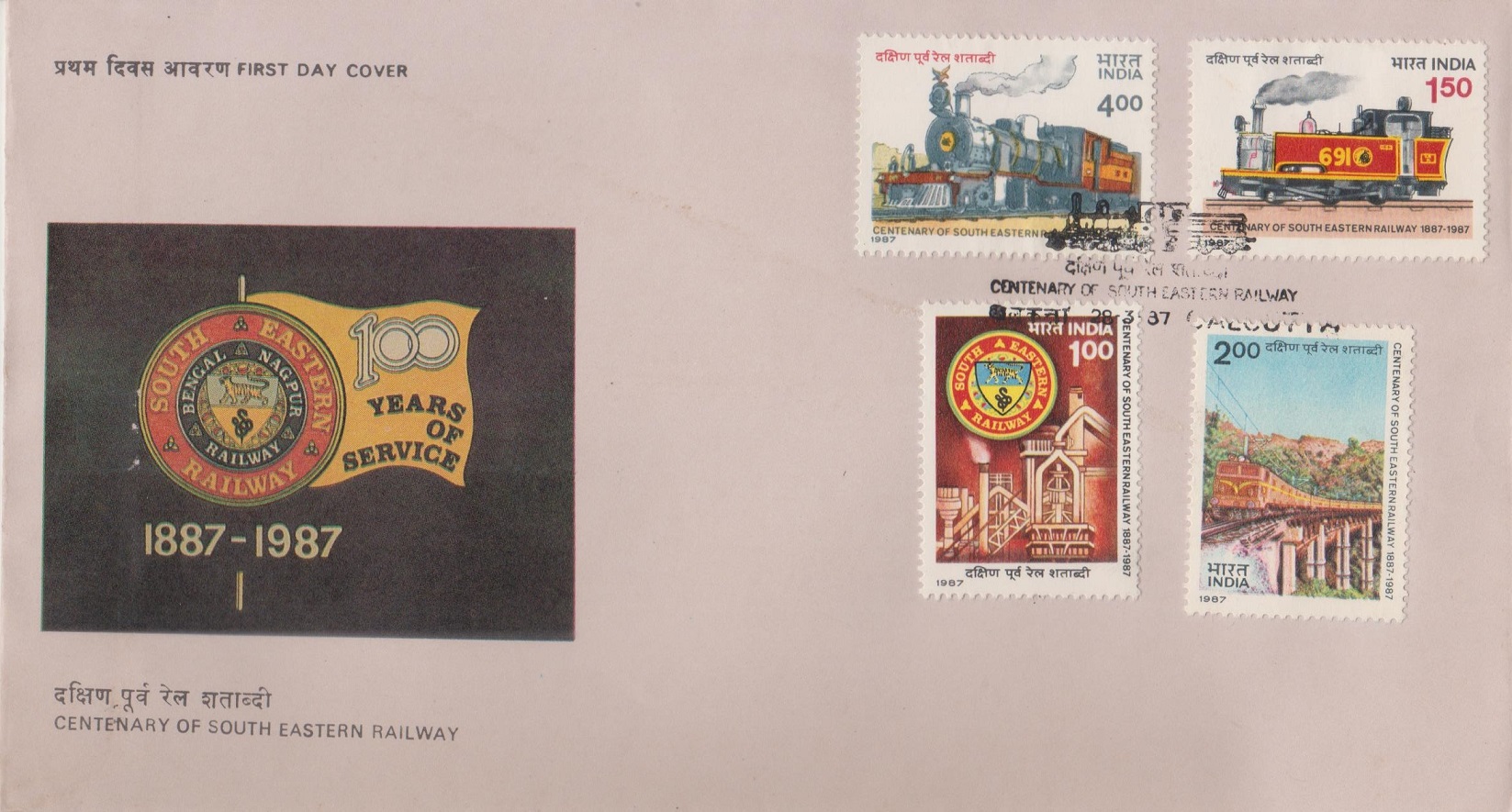 Issued for : The Department of Posts is happy to issue a set of 4 stamps on the centenary of the South Eastern Railway.

Description of Designs : A set of four multicolour stamps in the denominations of 100 p, 150 p, 200 p and 400 p have been designed by India Security Press.