Complete Set of 2 nos of postage stamp on the Millennium Issue : Unity in Diversity, Respect for All Religions : Tabo Monastery and Lotus Temple : 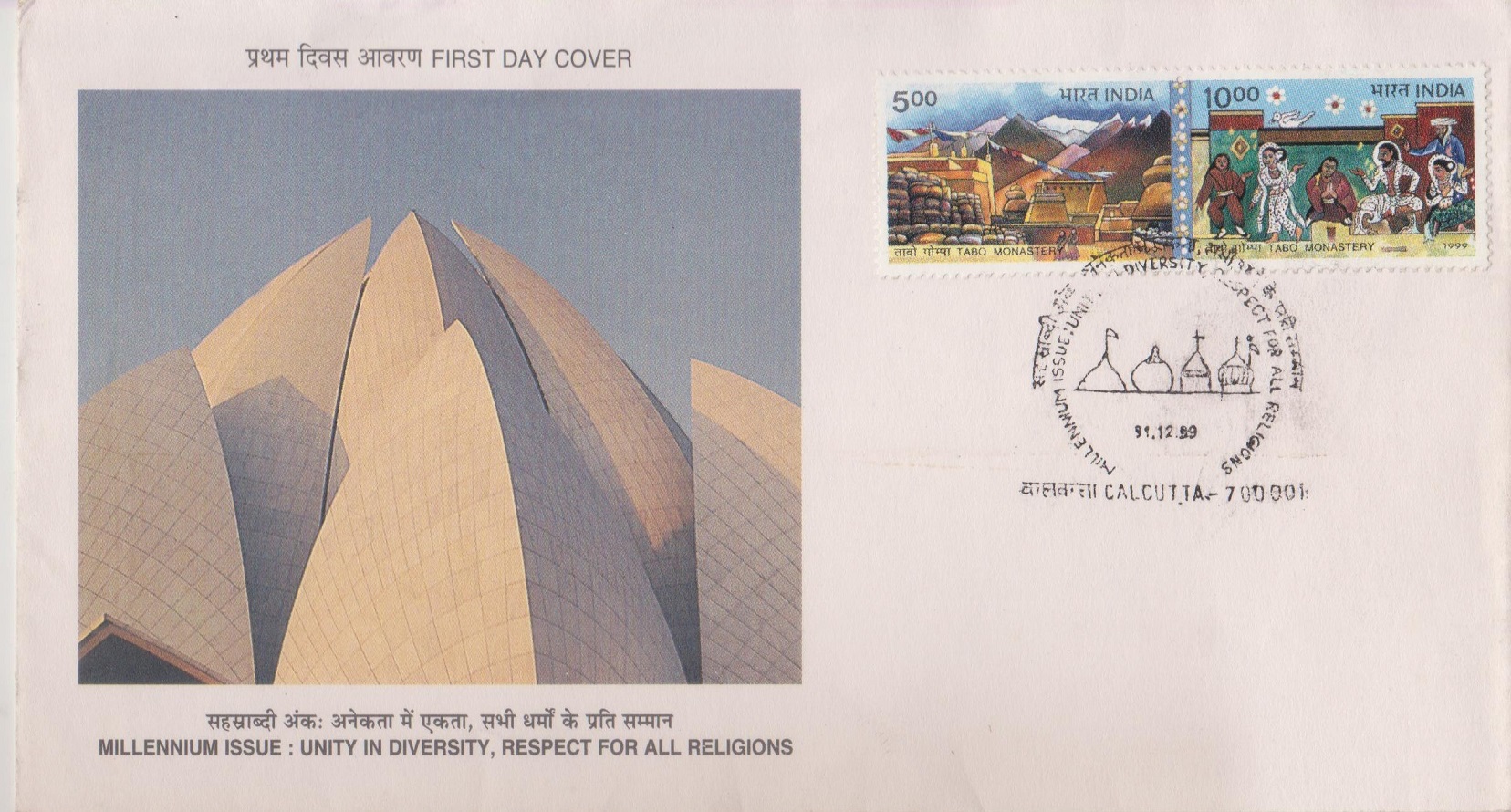 Issued for : The Department of Posts is happy to issue this se–tenant on unity in diversity on the eve of the new millennium.

Design : This millennium issue symbolizes the unity in diversity of Indian culture and civilization with its respect for all religions. The stamp design portrays the 1000 year old Tabo monastery, and the FDC design portrays the Baha’i temple, Delhi.