Complete Set of 5 nos of postage stamps on the 18th Congress of the Madhubani art, practiced in the Mithila region : 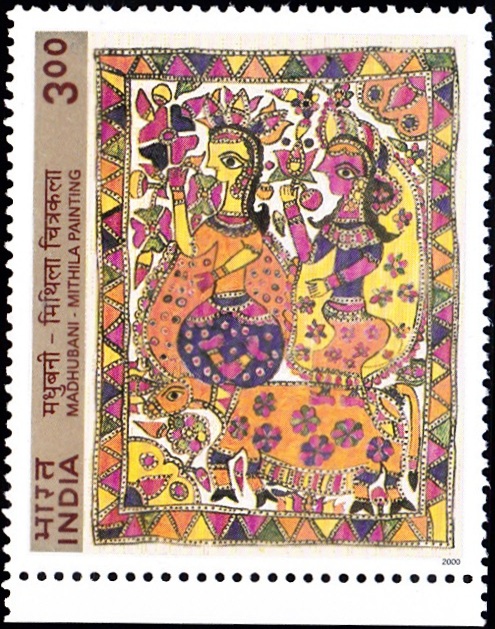 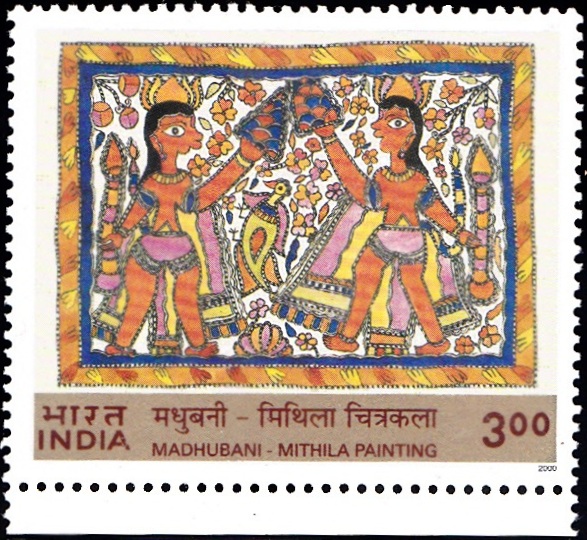 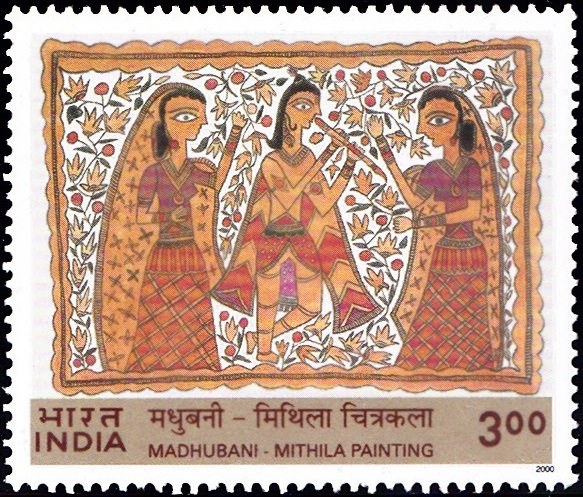 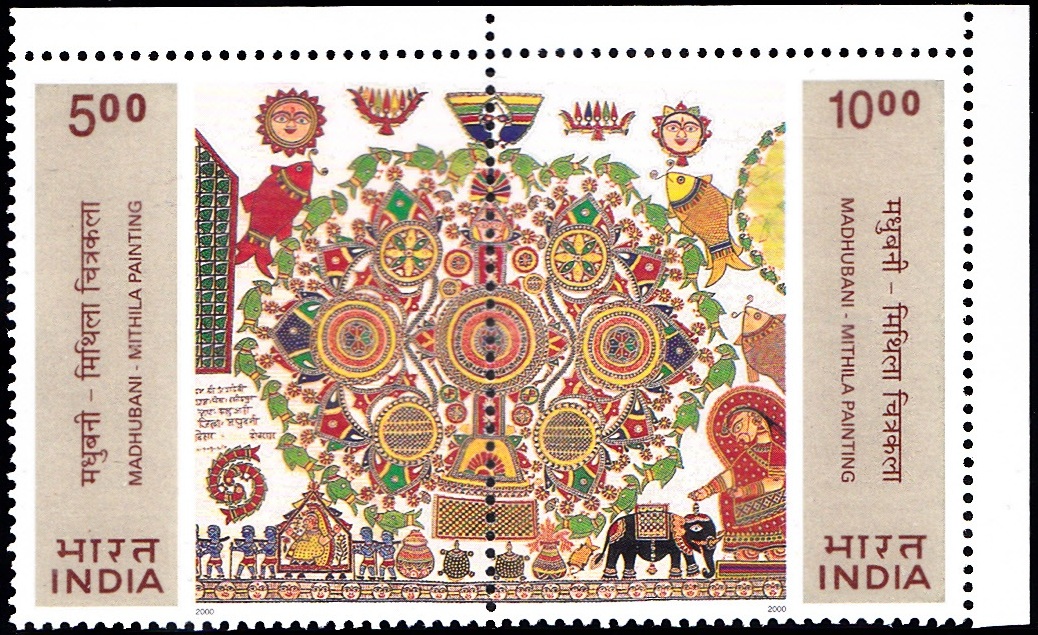 Designs : The designs of the four stamps are based on paintings representing a cross section of the rural social frame-work, incorporating paintings made by women artists from the different strata of the society. They also symbolise the levels of excellence achieved by women in the tradition of Indian folk art. The first and second stamps, depicting the paintings “Flower Girls” by Smt. Nirmala Devi and “Bali and Sugriva” by Smt. Sanjula Devi respectively, possess the extraordinary charm of primordial art reflected in highly stylised and simplified imagery. The third stamp, featuring the painting “Krishna with Gopies” by Smt. Anmana Devi draws upon mythology for its central theme. The fourth stamp shows detail of the central wall of a ‘Kohbar-Ghar’, mural painted by late Smt. Ganga Devi at the ‘Crafts Museum’, New Delhi. It shows the lotus plant motif, a symbol of growth and fertility. Attention is given to minute details such as flower and foliage, ornaments and animals, which brings a certain richness and delicacy to the picture.

The First Day Cover portrays the erstwhile Maharaja of Darbhanga, late Shri Lakshmishwar Singh (1858-1898), patron of arts and letters, who gave encouragement to the evolution of this art form.

One thought on “Madhubani – Mithila Painting”