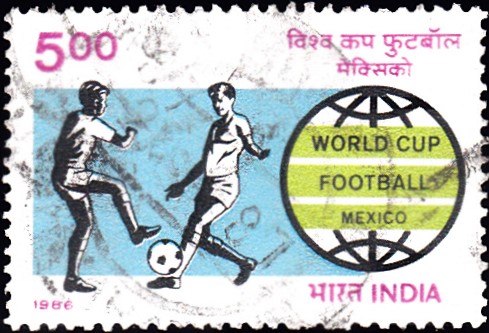 Issued for : The Department of Posts is happy to issue a special stamp on the occasion of World Cup Football ’86 to be held in Mexico.

Description of Designs : A special stamp of 500 P denomination has been designed by Kumari Vandana Joshi. The first day Cover and the cancellation design has been prepared by Smt. Alka Sharma.