A commemorative postage stamp on the Centenary of the Mohan Bagan Athletic Club (A.C.), oldest existing football club in India : 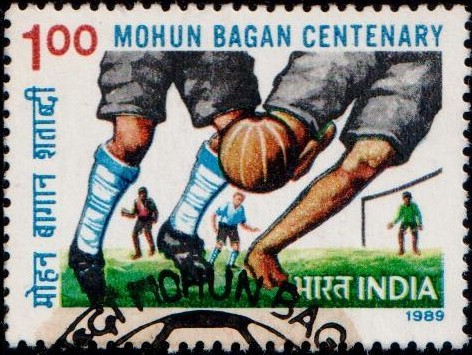 Issued for : The Club completed a hundred years of its meritorious existence, to commemorate which a postage stamp is being issued.

Description of Designs : The stamp is based on designs supplied by the Club, depicting its footballing tradition. The logo of the Club has been used on the First Day Cover. The pictorial cancellation showing a football in the centre, has been designed by Ms. Nenu Gupta.

One thought on “Mohun Bagan”