A Miniature Sheet consisting of 2 nos of commemorative postage stamp on the India – Philippines : Joint Issue – Butanding and Gangetic Dolphin : 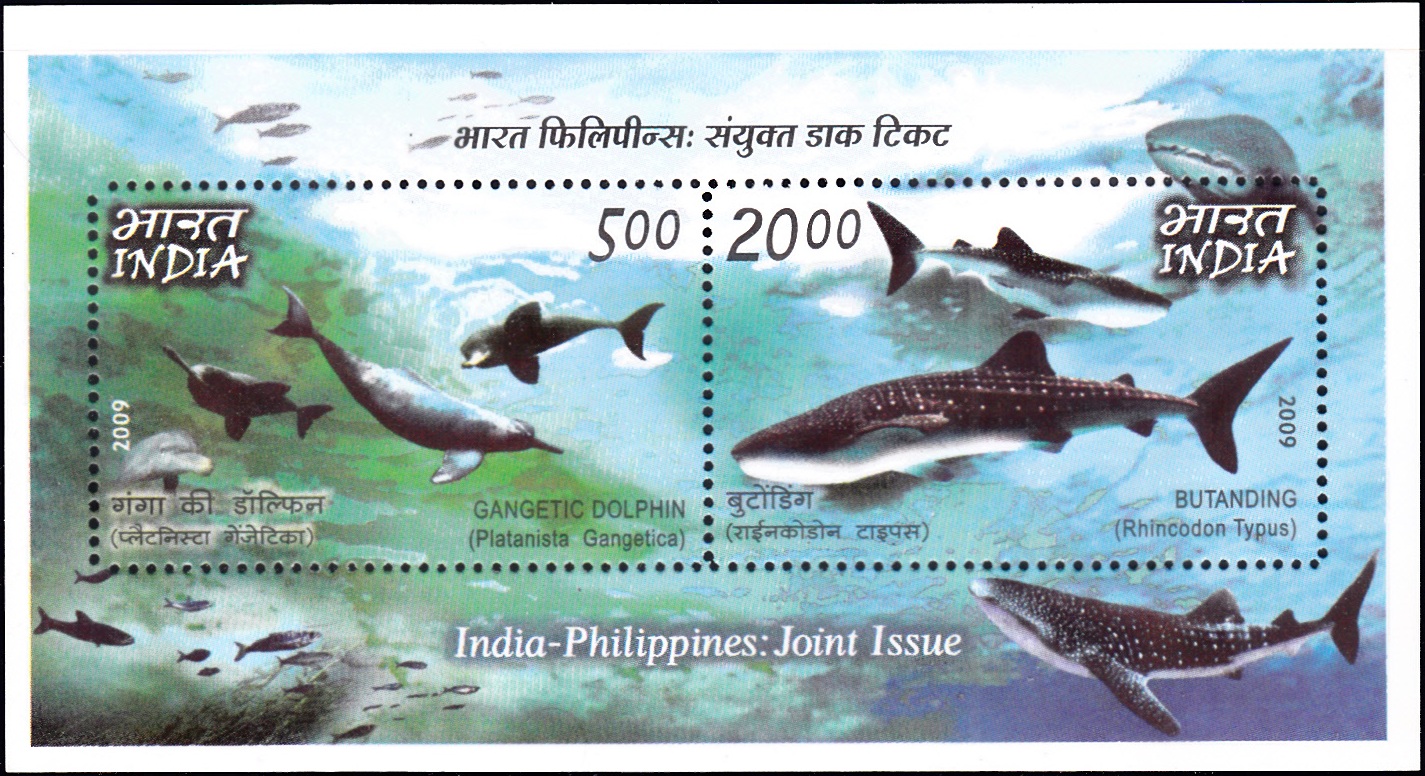 Issued for : Life began in water, and these endangered species of the ocean and the river are ringing a vital bell which we should pay serious attention to. Through this joint issue of stamps India and Philippines not only mark 60 years of their relationship, but also turn the spotlight on one of the major global concerns of today : protecting wildlife and its habitat, and ecology.