A commemorative postage stamp on the 50th Anniversary of the India Security Press, an Indian government press : 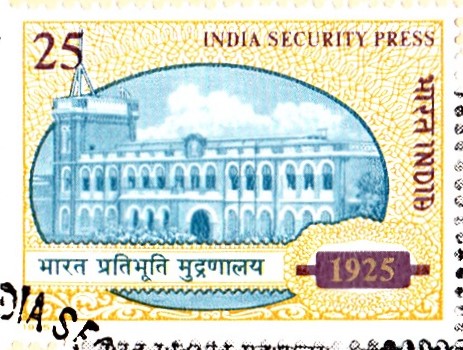 Issued for : The Posts & Telegraphs Department feels privileged to bring out a special postage stamp in multi-colour to mark the occasion.

Description of Design : The stamp design is horizontal and depicts the front view of the building of the India Security Press built originally.