A commemorative postage stamp on the Inauguration of the Indian Airlines Airbus Service : 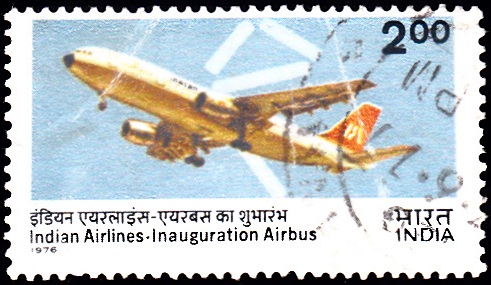 Issued for : The Indian Posts and Telegraphs Department feels privileged to bring out a commemorative postage stamp on the occasion of the introduction of Airbus.

Description of Design : The stamp depicts Indian Airlines Airbus aircraft taking off. The stripes symbolise some of the routes.