Complete Set of 4 nos of commemorative postage stamps on the INDIA–80, an India International Stamp Exhibition : Mail–carrying Aircrafts of India : 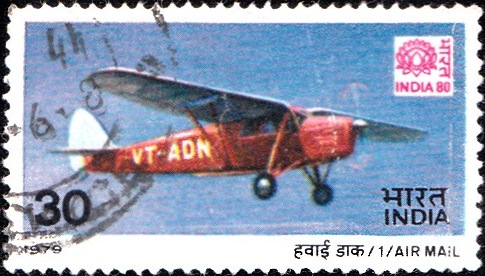 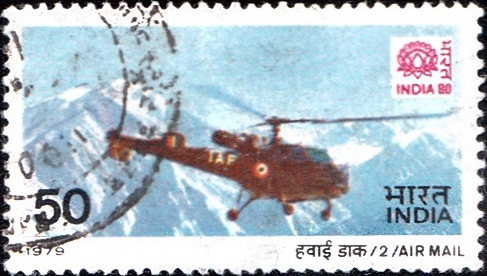 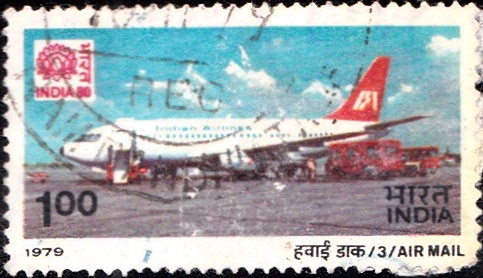 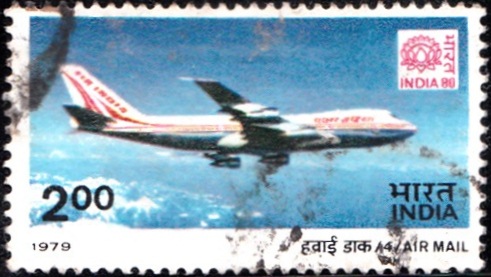 Issued for : Posts and Telegraphs Department honours all those who have been and are associated with carriage of mails by air by issuing a set of four stamps on AIRMAIL. This set is a part of the series of 10 special stamps commemorating the India International Stamp Exhibition (INDIA-80), held at New Delhi from January 25, 1980 to February 3, 1980. The first two stamps in the series, on INDIA-80 and the Centenary of Postcard, were issued on July 2, 1979. The remaining 4 stamps issued on January 25, 1980.

1. 30p stamp depicts the De Havilland Puss Moth in flight. This aircraft was flown by J.R.D. Tata on the maiden scheduled airmail service between Karachi and Madras on October 15, 1932.

2. 50p stamp shows CHETAK helicopter against a background of snow-capped peaks. This general purpose helicopter of Indian manufacturer is extensively used by the Indian Air Force for carriage of mails in the forward areas.

3. 100p stamp depicts mail being loaded into a BOEING-737 jet aircraft of the Indian Airlines. The introduction of this jet aircraft has helped in speeding up of mail transportation inside the country.

One thought on “India on Air Mail”