A commemorative postage stamp on the Centenary of the Indian Scientific Forestry : 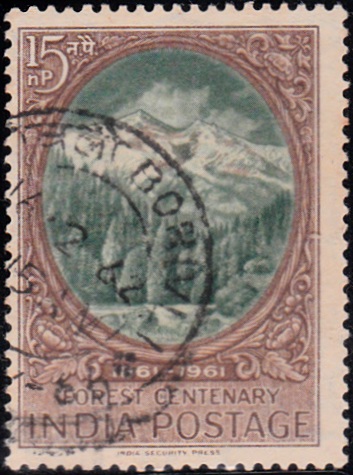 Issued for : The Posts and Telegraphs Department is glad to join in commemorating an event that focuses attention on a vital aspect of India‘s development.

Design : The 15 nP stamp which the Department will issue on November 21, 1961, depicts a forest scene with the Himalayas in the background.

Designed by : Staff Artists of the Indian Security Press