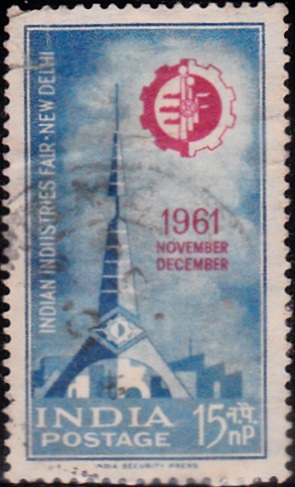 Issued for : The Indian Posts & Telegraph Department is commemorating the inauguration of the fare by the issue of a special postage stamp.

Design : The stamp shows the design of the proposed tower gate of the fare and the cogwheel symbolising industry and its progress.