A commemorative postage stamp on the Centenary of Life Insurance Corporation (LIC), an Indian state-owned insurance group and investment company : 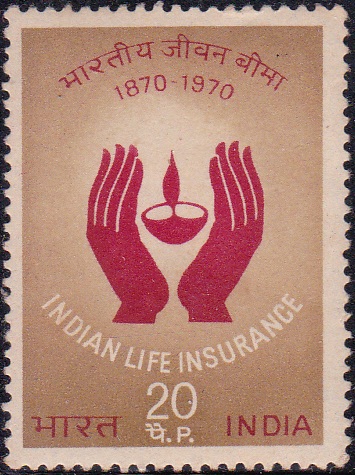 Issued for : The Life Insurance Corporation has just celebrated the Centenary of Indian life assurance industry in India and the Posts and Telegraphs Department feels privileged to associate itself with this event by bringing out a commemorative stamp on this occasion.

Description of Design : The design of the stamp is vertical and depicts two hands protecting the flame of life.