A commemorative postage stamp on the Love and Care for the Elderly Grandparents : 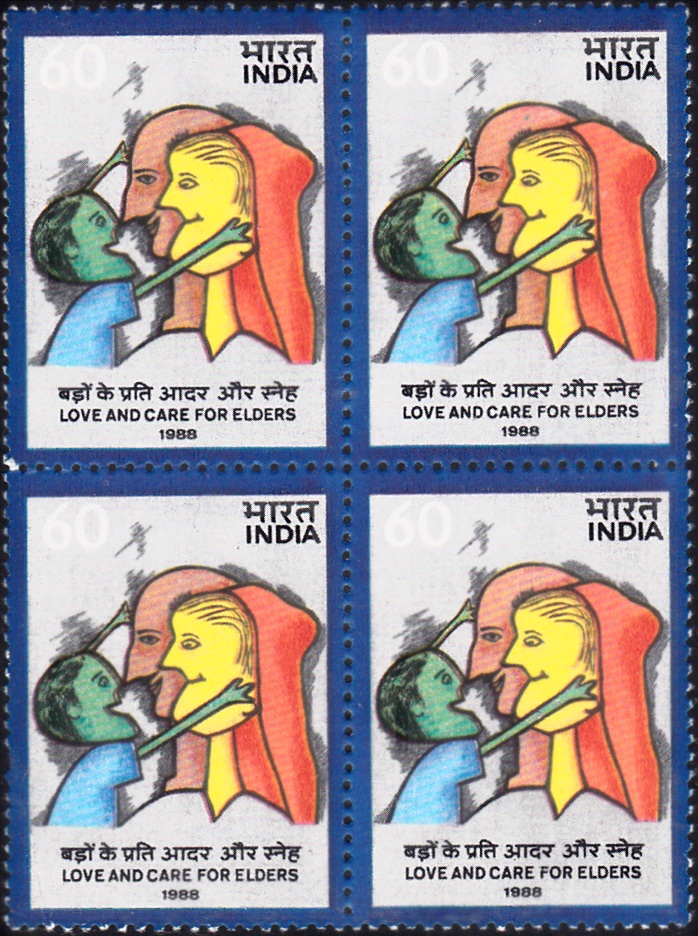 Description of Design : The visual of the stamp depicts a child extending its arms to embrace elders with affection and love. The first day cover complements this theme with a shloka from Samanyaniti which brightens the sentiment. The design of the stamp, has been done by Ms. Neeta Verma of the National Institute of Design, Ahmedabad. We also acknowledge the contribution made by the child artists Satyen Dave, Saba Khan, Anuja Choksi, Anand Pradhan, Jasnu and Bhargava Jashania in the preparation of the visuals used in the stamp. The cancellation represents the sun, depicting the status of elders with regard to the younger generation. The denomination of this stamp at 60 P. acquires added significance as it marks the age of 60 years. The designs of the first day cover and cancellation are prepared by Smt. Nenu Gupta.