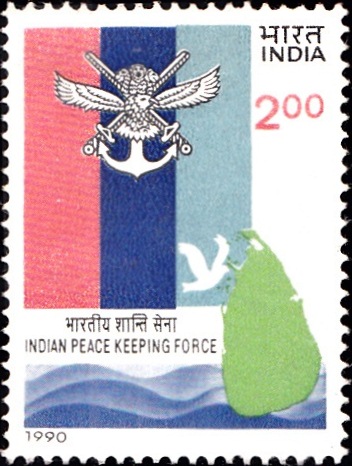 Issued for : Today, the nation gratefully remembered the glorious services of the IPKF with issue of a special stamp.