A commemorative postage stamp on the India International Philatelic Exhibition 1973 : 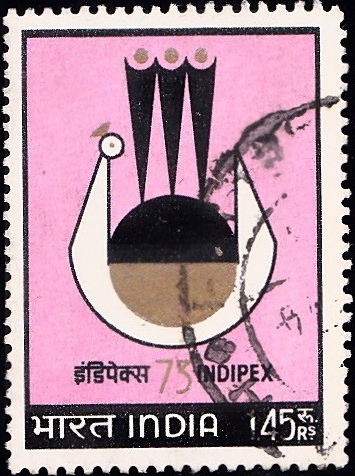 Description of Design : The design of the stamp is vertical and depicts the symbol of INDIPEX-73.