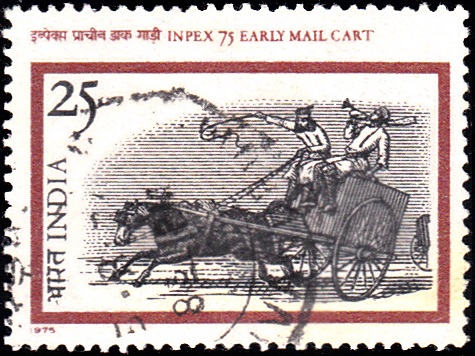 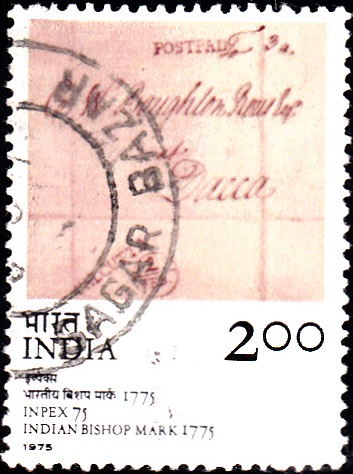 Issued for : The P & T Department is happy to bring out two stamps on the occasion of the Second India National Philatelic Exhibition – INPEX-75 – on the 25th December, 1975.


The letter with the Bishop Mark used on the stamp of Rs. 2/- was sent from Calcutta to Dacca in 1775, stamped “CALCUTTA” and “POSTPAD” in addition to the Bishop Mark “2 FEB”. This letter is unique as it bears the earliest of the only four “Indian Bishop Marks” known.

The picture of an early Mail Cart has been adopted as the motif of the stamp in 25 P. The mail cart of early days was drawn by one or more horses. It dashed past at a tremendous pace uphill and downhill and through the plains carrying mail.

Materials for the stamp on Indian Bishop Mark by courtesy of Mr. Hammond Giles.