A set of two commemorative postage stamps on the 30th Anniversary of the First Pakistani Rocket : 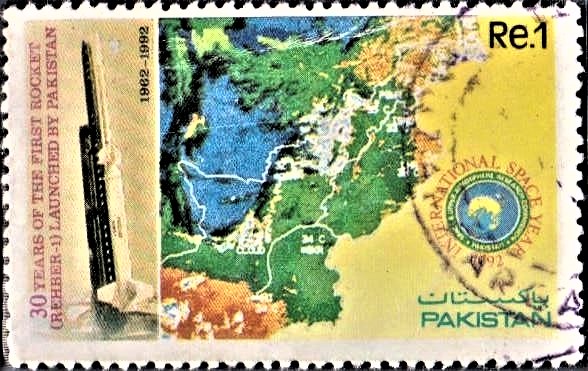 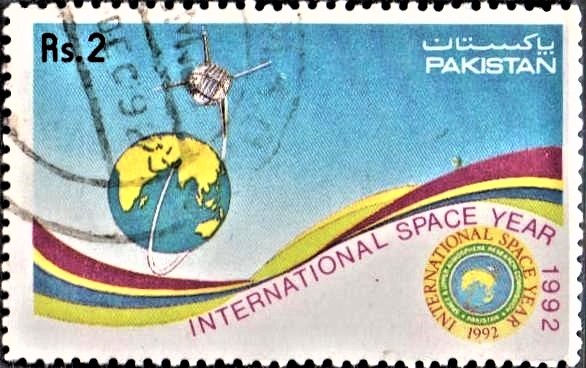 Issued for : To commemorate the International Space Year 1992 as well as to mark the 30th anniversary of the launching of the first scientific rocket of SUPARCO named Rehbar–1, Pakistan Post Office is issuing two commemorative postage stamps of Re. 1/- and Rs. 2/- denominations on June 7, 1992.

Quantity : One million each design