A commemorative postage stamp on the Birth Anniversary of Jamunalal Bajaj, an Indian industrialist, philanthropist and freedom fighter, treasurer of Indian National Congress (INC), founder of Bajaj Group of companies : 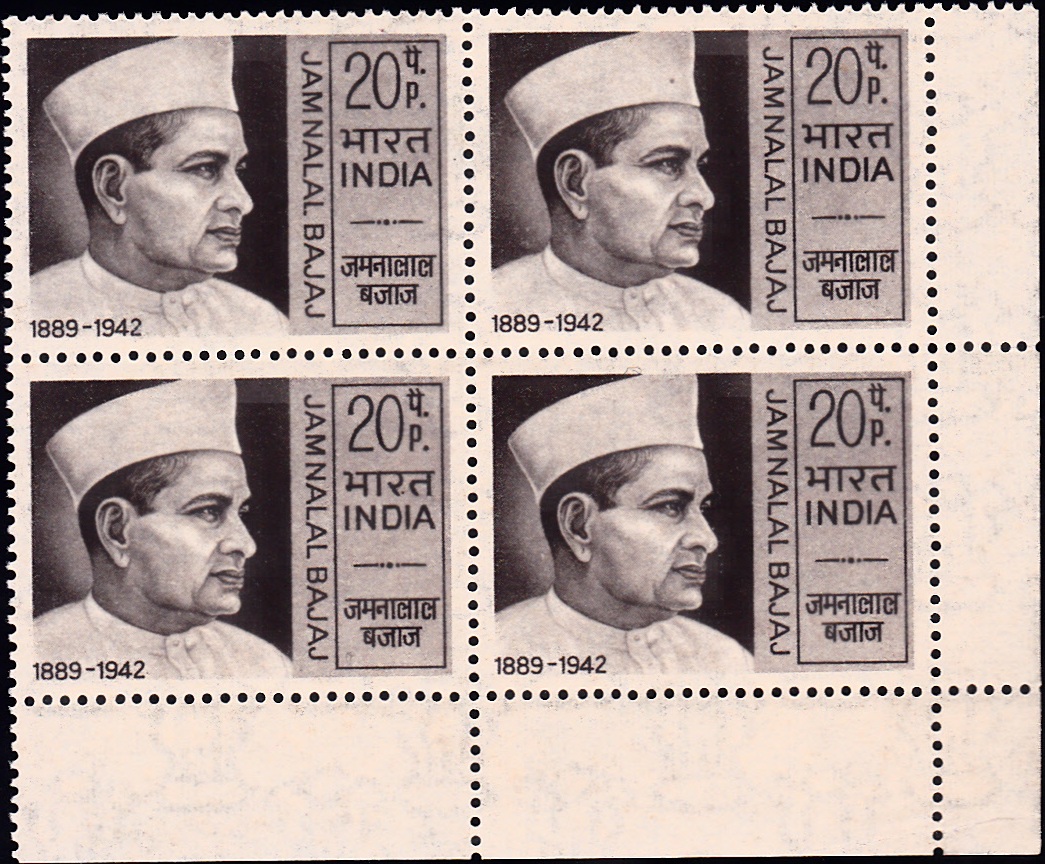 Issued for : The P & T Department feels proud in bringing out a special commemorative stamp in honour of this true patriot and noble son of India, who was an embodiment of all the best in Indian culture and tradition.

Description of Design : The design of the stamp is horizontal and depicts a portrait of Jamnalal Bajaj.