A commemorative postage stamp on the Centennial of the Bank of Japan (BOJ), the central bank system of Japan : 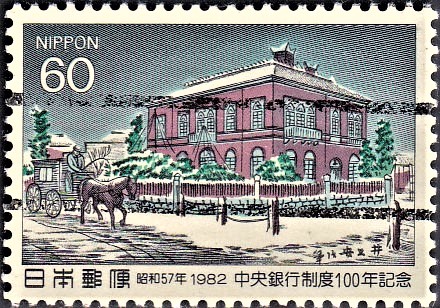