Complete Set of 2 nos of postage stamps on the Modern Paintings of Japan : 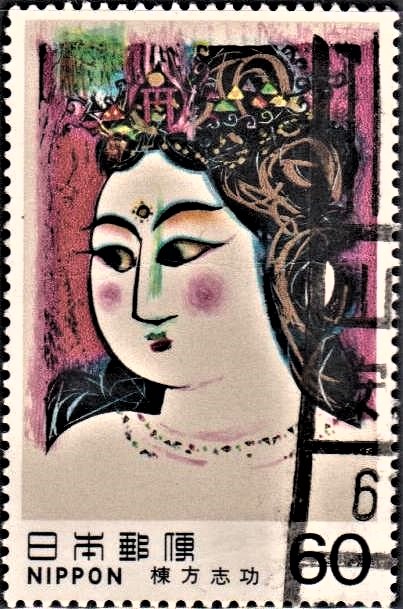 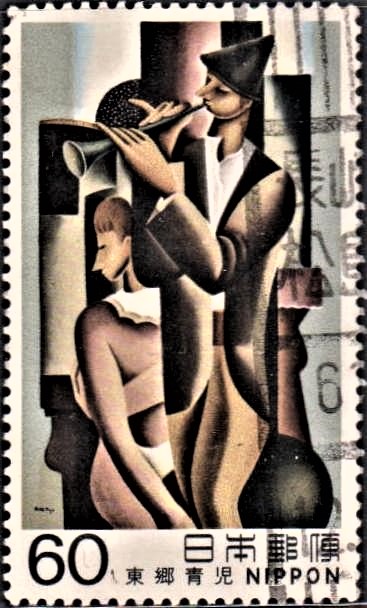 (A) The Sarasvati (property of the Munakata Block Print Museum)

He won many prizes and awards at various exhibitions both at home and abroad, including the Lugano International Exhibition of Block Prints of 1952 and the Venice Biennale which awarded him with the grand-prix in block prints. The Japanese Government award him with a Culture Order in 1970.

(B) Saltimbanque (property of the Tokyo National Museum of Modern Art)

After World War II, he reconstructed the Nika Group and took active part in the group activities, assuming the chairmanship in 1961.

“Saltimbanque” was one of 23 works which he produced during his stay in Europe exhibited at the 15th Nika Exhibition of 1928 and was awarded with a prize.