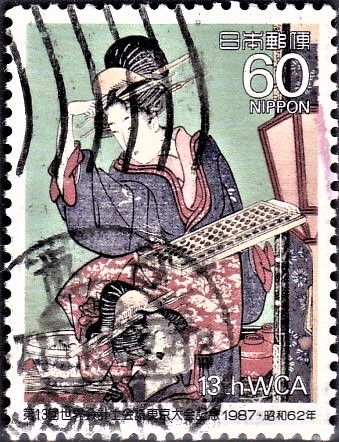 Issued for : A 60 yen stamp was issued on October 6, 1987, commemorating the 13th World Congress of Certified Public Accountants in Tokyo.