A commemorative postage stamp on the Medical Advancement Centenary in Japan : 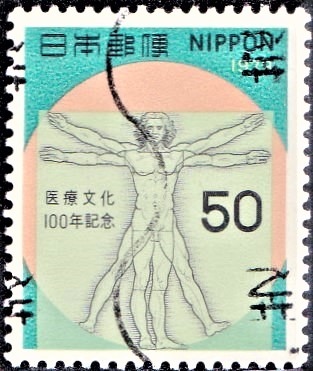