A Miniature Sheet consisting of 11 nos of commemorative postage stamps on the Sanskrit Poet, Jaidev and his composition on Dashavatara, Gita Govind : 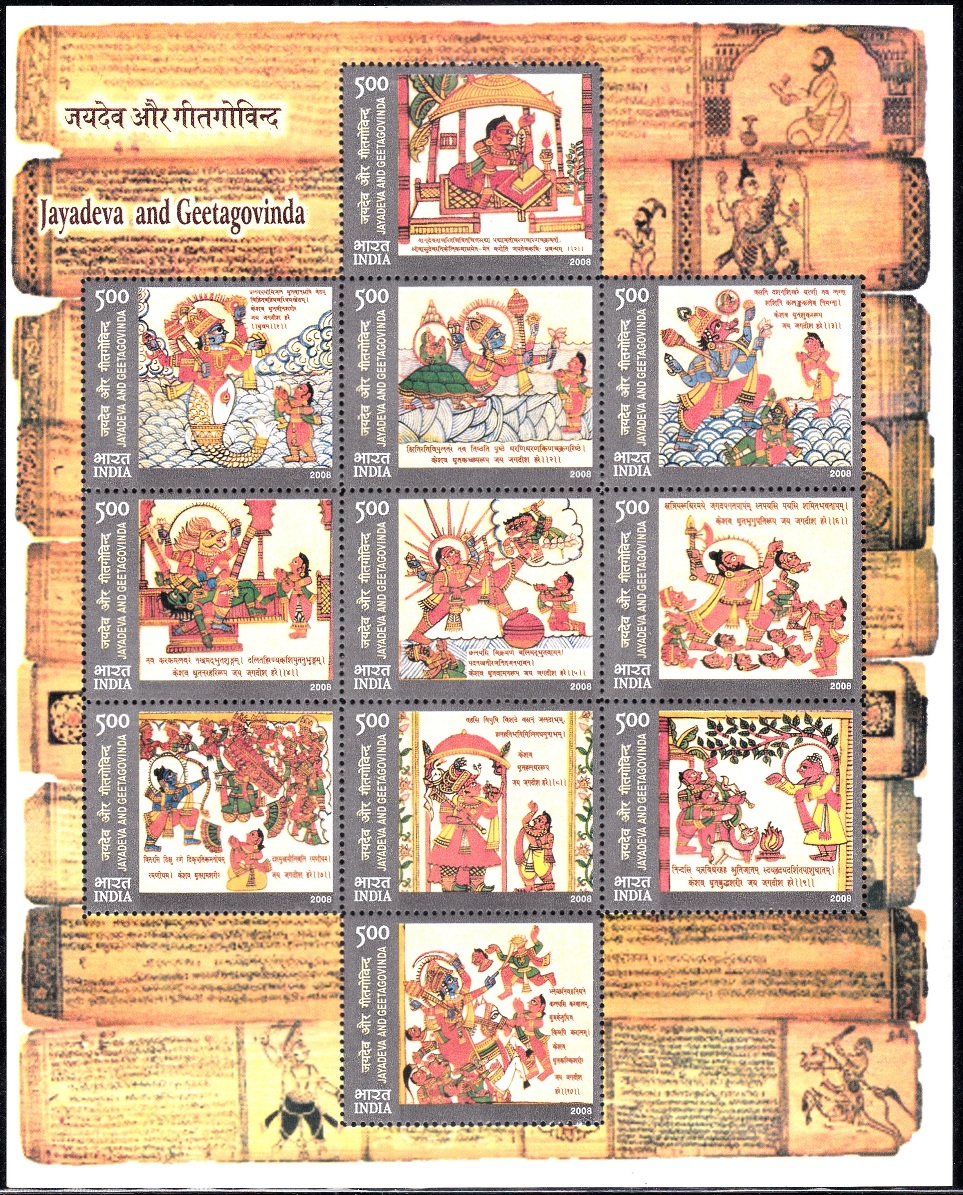 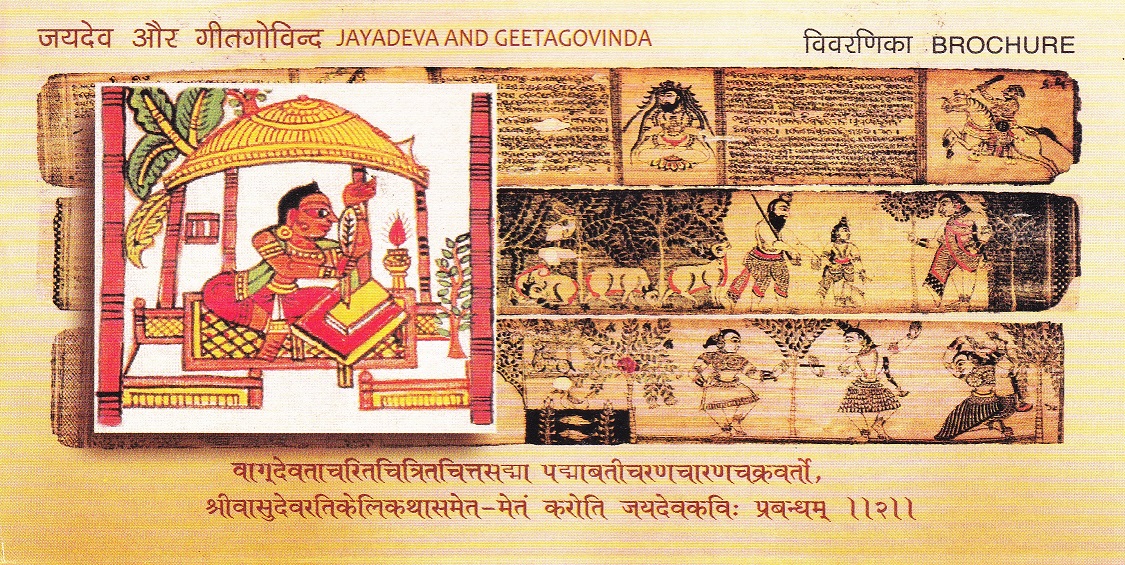 Issued for : The Department of Posts is happy to release a set of commemorative postage stamps on Jayadeva and Geetagovinda.

Design : The stamps and the first day cover lay cover are a depiction and celebration of Jayadeva‘s composition on Dasavatar.