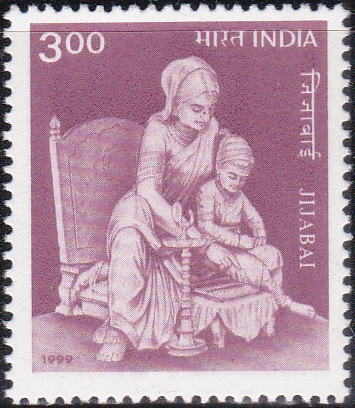 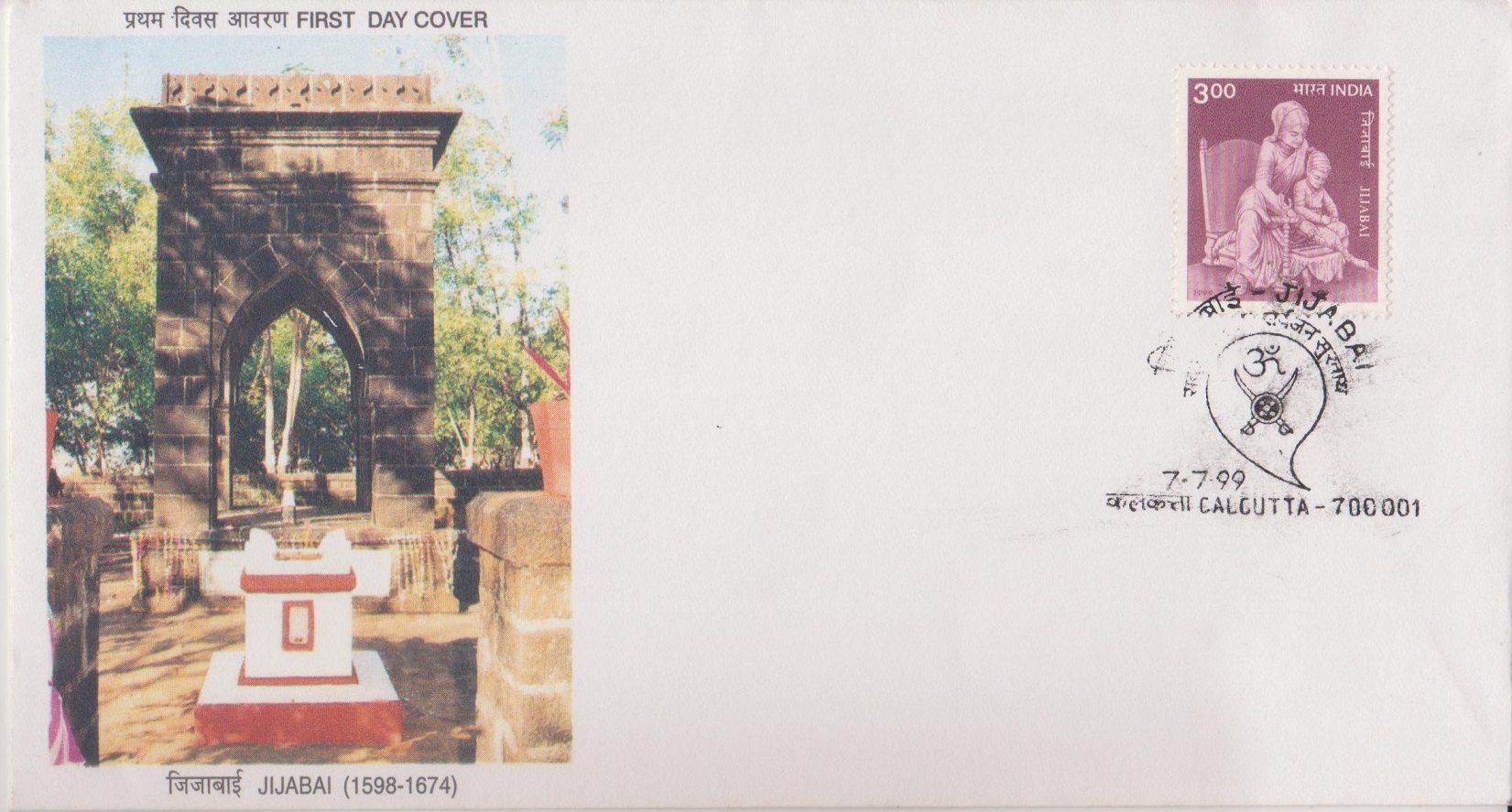 Issued for : Jijabai‘s life is an example of how a mother can transform the society and even mould an entire nation by fulfilling the duties of motherhood. The Department of Posts is happy to issue this commemorative stamp on Jijabai.

Design : The First Day Cover depicts the Samadhisthan of Jijabai.