A commemorative postage stamp on the 300th Anniversary of the Coronation of Chhatrapati Shri Sivaji Maharaj of his realm at Raigad in 1674 : 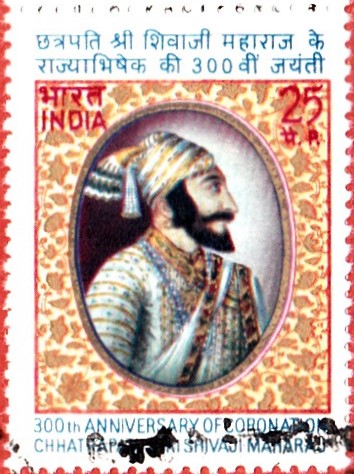 Issued for : The P&T Department deems it a privilege to join the nation in paying tribute to the memory of this great son of India by issuing a commemorative postage stamp on the occasion of the Tricentenary of his Coronation.

Description of Design : The design of the stamp is vertical and depicts the portrait of the Chhatrapati Shri Shivaji Maharaj.

Born on Apr, 1627 at Shivneri Fort, near Pune, India [then Maratha Empire]