A commemorative postage stamp on the Kerala Vidhan Sabha (Niyamasabha), the State Assembly of Kerala : 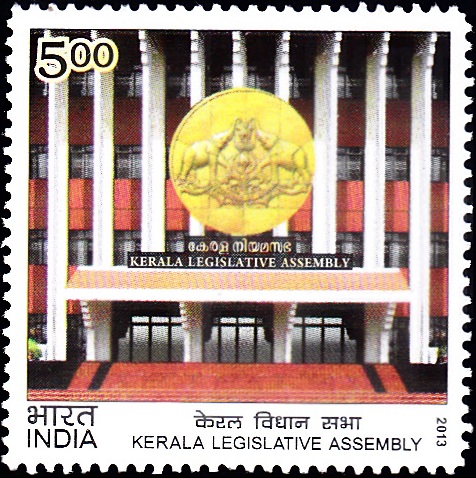 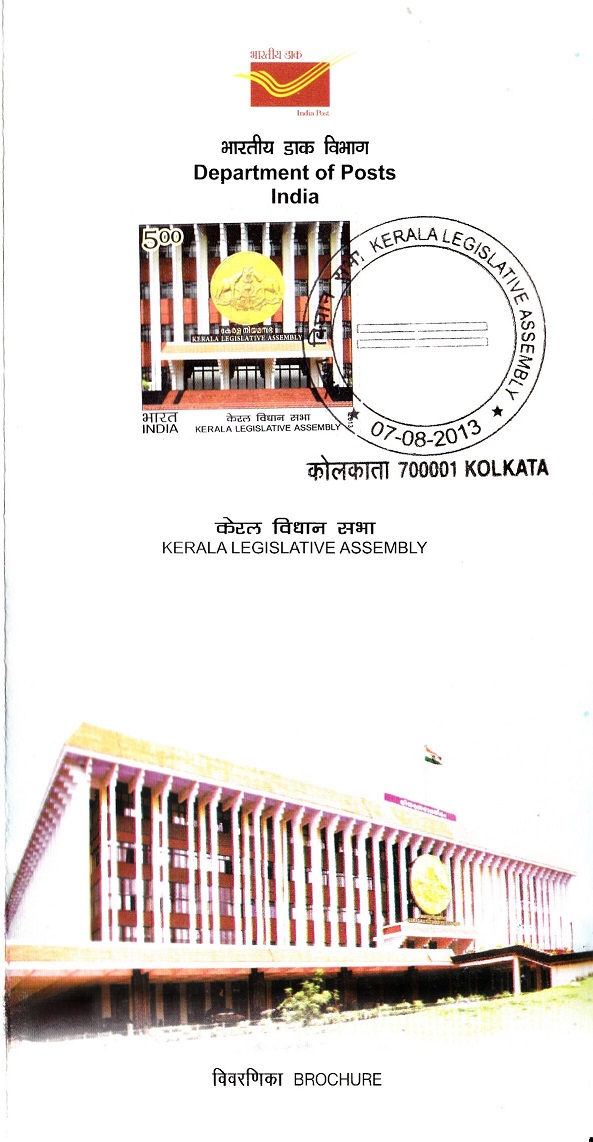 Issued for : This year Kerala Legislature is celebrating its 125th anniversary. Department of Posts is happy to commemorate this occasion with the release of a postage stamp.

Design : The design of the stamp, First Day Cover and Information Brochure of the Kerala Legislative Assembly depict various facets of this marvelous building.