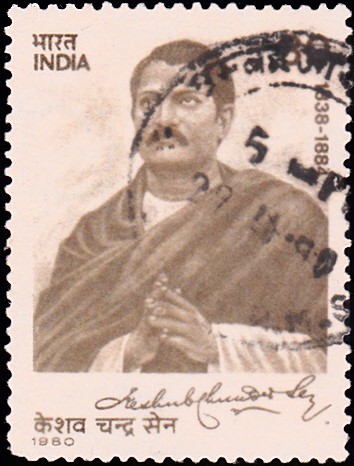 Issued for : The Indian Posts & Telegraphs Department pays homage to an outstanding prophet of our social and religious reformation by issuing a special stamp.

Description of Designs : The stamp depicts the Portrait of the personality.

The first day cover shows a view of the Bharatavarshiya Brahmo Mandir, Calcutta.