A commemorative postage stamp on the Birth Centenary of Vladimir Lenin, chairman of the Council of People’s Commissars of the Russian Soviet Federative Socialist Republic (SFSR) (1917-24) and Soviet Union (1922-24) : 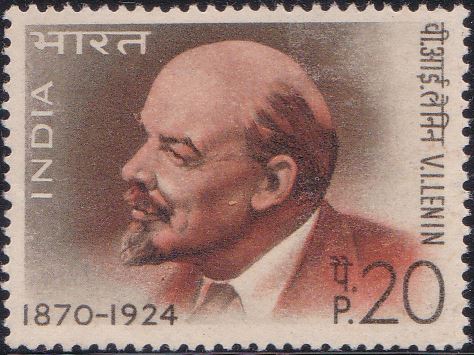 Issued for : The Posts and Telegraphs Department is indeed proud to pay its homage to V. I. Lenin by bringing out a special commemorative stamp on the occasion of his first birth centenary.